The United Arab Emirates has announced a shift in its healthcare strategy. From now on, they will be focusing on healthy aging and longevity solutions. The leaders of the country continue to show a commitment to the future well-being of their society and remain unafraid of adopting progressive solutions.

Back in 2016, only 1% of the population in the UAE was 60 years old or older. It is expected that by 2050, this number will increase to 16% of the population. If we widen the lense, we can see that in the last century, the median life expectancy has more than doubled in the country.

What Does This Mean?

The demographic shift explained above has important social and economic implications for the UAE. This is why leaders are inspired to change the direction of the country’s health and social investment. As such, the conversation around healthy aging, longevity policies and innovation in the sector have racked up.

The goal is to establish clinics focused on longevity and introduce cutting-edge technology. This focus switch in the UAE is meant to increase the population’s quality of life and be here for longer while also increasing the longevity opportunity.

The latter refers to recognizing that the senior population possesses a wealth of knowledge, experience, and wisdom, which they have developed during their lifetime. That means they can make invaluable contributions to the country’s economic and social development.

Greater investment in the healthy aging sector means that they can learn to control the aging process and reverse some of the cognitive and physical issues that people usually develop when they’re around 50 years old.

For example, Aviv Clinics has introduced the first treatment focused on triggering the process of stem cell generation, which occurs naturally. New stem cells are the pillars of rejuvenation. This treatment triggers the process with a one-of-a-kind hyperbaric oxygen protocol.

It allows new stem cells to reproduce in an oxygen and energy-rich environment. After going through that process several times during the treatment period, the body will show improved and optimized physical and cognitive performance.

Many of these programs have shown the ability to treat cognitive and physical issues linked to aging and also change the way people grow old. Some of the benefits include improved memory, thinking speed, attention span, focus and other executive brain functions.

Similarly, there are treatments that can reduce certain bio-markers linked to Alzheimer’s. The protocol is also aimed at treating the deterioration of brain function caused by physical trauma and other medical conditions that damage the brain tissues, including fibromyalgia, stroke, and more.

The UAE is clearly pioneering in the longevity sector, which opens the door to many opportunities for economic development. For example, in 2020, the country reported that this sector produced over $19 billion and, by 2026, it’s expected to reach $32 billion.

Additionally, the development of the healthy aging sector will also contribute to the country’s medical tourism industry, which has been thriving. This sector is expected to go from under $14 billion last year to $53.5 billion in 2028. These outcomes are tangible and linked to the country’s focus on longevity.

In society, once people reach the retirement age, they enter their golden years. At that point, they only need to relax and enjoy the care and attention of their children and grandchildren. However, the breakthroughs in healthy aging and longevity have changed that.

The UAE is making quite the stance by investing in this budding sector; the country is showing the rest of the world how much more we can do for the aging population. 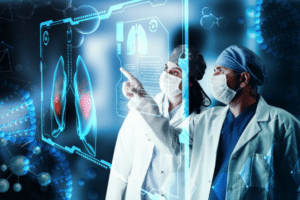 Can NFTs Lead to the Monetization of Medical Data?