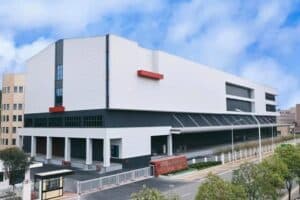 Southwest China’s Guizhou province – one of the four main regions for traditional Chinese medicine materials production in China – has abundant medicine resources and a long history in ethnic medicine, and these days, its activities in the sector are going from strength to strength.

As one of Guizhou’s 12 major agriculture industrial sectors, the traditional Chinese medicine materials industry has given birth to various rapidly-expanding companies that are based there.

Under Guizhou’s five-year plan for industrial development, the province will give full play to its advantages in ethnic medicine and promote the intensive processing of traditional Chinese medicine materials. It will improve the quality of traditional Chinese medicine and ethnic medicine, as well as expand the industrial scale of health care products and medical instrument production.

The province will accelerate the development of business entities in the healthcare industry and make it a new growth point and a pillar industry. By 2025, the total value of Guizhou’s pharmaceutical industry is projected to reach 200 billion yuan ($27.94 billion).

In recent years, the district has moved to expand the scale of its pharma sector, which has become one of its core industries, according to Wang Mingming, secretary of the CPC Wudang district committee.

Currently, it has a dozen of pharma manufacturers there – each earning at least 20 million yuan annually – and the total annual output value of Wudang’s pharmaceutical industry last year came in at 6.02 billion yuan.

Guiyang Yongle Pharmaceutical Co, located in Wudang, was recognized again as a national high-tech company in 2020. Since its establishment, the company has endeavored to make full use of Guizhou’s ample supply of Chinese medical herbs and process them with advanced technologies.

Guiyang Xintian Pharmaceutical Co, established in 1995 in Wudang, was listed on Shenzhen Stock Exchange in 2017. Focusing on R&D, production and marketing of Chinese patent medicines, the company has total assets exceeding 1.5 billion yuan.

In the wake of its listing, it has seen a marked improvement in its development potential. In 2021, the company’s business revenue reached 970 million yuan, up 29.15 percent year-on-year.

The company now sells prescription medicines to more than 12,000 hospitals above the county level across the nation and maintains long-term business relationships with about 1,300 medical institutions.

It continues to make inroads into intelligent production, energy conservation and environmental protection. By investing more than 240 million yuan in new production lines, the company is forecast to achieve annual production of 570 million bags of formula granules, 20 million tubes of gels and 33 million tubes of admixtures in the future.