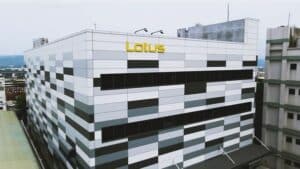 Third quarter 2022 is the best quarter ever in the Company’s history, majorly driven by the successful launch of Lenalidomide in the US – the biggest launch in Lotus history so far. Basic EPS for the first nine months ended 30 September 2022 totaled NT$10.96, setting the course for the Company to achieve another record year in 2022. Consolidated net sales were NT$5,389 million, representing a growth of 85.2% over the last quarter and 76.3% versus prior year period. Export Business was the main growth driver, contributed by the successful launch of Lenalidomide (generic of Revlimid) in the US, as well as the first delivery to Brazil, the largest market in Latin America. Sales from Export increased 245% compared to last quarter and 183% compared to same period last year. Asian Business continued to grow for the third consecutive quarter, 3.2% over last quarter, also 10.8% over the same period last year. Key brands in major markets, including Korea, Taiwan, and Thailand, continued the growth momentum. Gross margin rose to 67.9%, driven by product mix with higher contribution from more profitable export oncology products during the quarter. Comparing to the prior year, operating profits grew by 353%, to NT$2,641 million, with 49.0% operating margin for the quarter, mainly driven by higher gross margin. Historic high third quarter EPS of NT$7.97 and first 9 months basic EPS of NT$10.96.

Robert Wessman, Chairman of Lotus said: “I am very happy to share such a record setting quarter that will most certainly lead to the most profitable year in Lotus’s history. With Lenalidomide launch in the US, the largest market in the world and the first delivery to Brazil, the largest market in South America, Lotus has achieved major milestones of its transformation to a global oncology player. I am confident that the team will continue to set records with further achievements driving sustainable growth.”

Petar Vazharov, Chief Executive Officer of Lotus, continued to indicate: “Lotus will continue to build US pipeline and the recent tentative approval of the generic Midostaurin softgel capsules from the US FDA is a testimony to that. Lotus believes that this is a potential first-to-file opportunity and expects to launch the generic Midostaurin softgel capsules subject to the intellectual property clearance in the US. Another important milestone occurred during the quarter is Lenalidomide filing in Japan, and similar to the US, we are ramping up a robust pipeline of products for Japan market based on strategic partnership.

Lotus’s success during recent years provides necessary financial resources to continue investing in new products, new partnerships, entering new markets and, at the same time, provide returns to our shareholders. We believe this is the beginning of a new chapter of Lotus’s growth story.”

Operational results for the third quarter 2022

Total net sales were NT$5,389 million, comparing to NT$3,058 million for the same period last year, representing an increase of 76.3%, or 78.9% excluding the unfavorable impact on foreign exchange between the Korean Won and New Taiwan Dollar.

Gross margin was 67.9% for the quarter, significantly higher than 45.3% for the same period 2021 and 47.4% in the previous quarter. The difference was mainly explained by more revenues coming from more profitable export segment.

R&D expenses was NT$203 million for the three months ended 30 September 2022, a 66.6% increase compared to a year before due to the cessation of one R&D project and thus recognizing the impairment charge of approximately NT$93 million, slightly offset by less R&D spending during the quarter.

SG&A expenses saw an increase of 19.7% compared to the same prior year period, mostly driven by higher amortization of the newly-acquired Cialis and Evista brands in Taiwan and higher personnel expenses with more headcounts to expand the business.

The Company delivered a historical high operating margin of 49.0% for the quarter, versus 19.1% for the comparable period last year and 16.8% for the prior quarter, resulted from the improved gross margin while maintaining a similar level of operating expenses.

During the quarter, the Company generated steadily cash inflow from operations and had net inflow of NT$1,123 million from operations before tax and interest. Its net gearing has gone down due to increasing profitability. The Company’s net debt to LTM EBITDA ratio landed at 1.23x as of the third quarter 2022, compared to 1.45x as of the same period last year.

During the third quarter 2022, Lotus made several achievements to further expand the addressable markets with more diversified portfolio through internal R&D as well in-licensing business development deals. 15 submissions were made in total, including Lenalidomide in Japan and Tofacitinib, indicated for rheumatoid arthritis (RA), in South Africa via local partner. 24 approvals were granted during the quarter, including Alyssa and the approval of Pomalidomide in Taiwan.

As of the third quarter 2022, the Company has 95 countries covered in the world for its Lenalidomide and made its Lenalidomide now available in 43 countries around the world. Addressable markets are also continuously expanding for Lotus’s other leading portfolio globally – more than 50 countries for its Gefitinib, Vinorelbine, and Sunitinib, more than 30 countries for its Enzalutamide and Pazopanib, and 17 more for its Pomalidomide. Among the second-wave oncology portfolio, the Company has launched its Enzalutamide in 4 countries, including the newly-approved Taiwan, and added Israel as the 22nd market for its Vinorelbine around the world.

In NT$ million, except EPS

Lotus Pharmaceutical will host a live audio conference in Mandarin at 2pm, 15 November and conduct a conference call at 4pm, 15 November in English to review the Company’s financial results for the third quarter 2022. The information of earnings call is available at the following address on the Company’s website: https://www.lotuspharm.com/.

Founded in 1966, Lotus (1795: TT) now is the largest pharmaceutical company in Taiwan with high-value generic products covering CNS, CVS, women health, and anti-obesity drugs in tablets and hard/softgel capsule with a special focus on oral oncology for global markets.

By leveraging a best-in-class R&D and manufacturing platform in Asia, Lotus aims to benefit patients, its employees and stakeholders. Furthermore, Lotus can reach nearly every global market with its high value pipeline through its direct markets, currently encompassing Taiwan, Korea, Thailand, Vietnam, Singapore, Hong Kong, Malaysia, Philippines, and China, or via alliances with top-tier pharma companies based on its industry-leading infrastructure certified by most of the advanced regulatory authorities around the world, including US FDA, EU EMA, Japan PDMA, China FDA, and Brazil ANVISA.