The FDA has been pushing hospitals to use duodenoscopes which are either completely disposable or use disposable components after studying post-market safety data updates.

It was discovered that between 4.1% and 6.6% of samples were positive for organisms like E. coli which are usually associated with disease following contamination, according to post-market surveillance studies on the fixed endcap design duodenoscopes. Pentax and Olympus are both withdrawing their devices with fixed endcaps.

The FDA wrote to healthcare providers on the same day they shared transition details. The document detailed a Karl Storz recall for users of specific urological endoscopes to cease high-level disinfection methods for all devices affected in response to effectiveness doubts.

The incidence of reusable duodenoscopes becoming contaminated has risen up the list of concerns the FDA is looking at in the past few years. One alert in 2019 advised healthcare providers to look at the possibility of switching conventional devices for disposable ones and then there were 10 device malfunctions in 2020.

Several third parties also know about the risk. One of those is ECRI, which is a nonprofit working to improve healthcare safety. Bad duodenoscope processing was in their top 10 technology in health dangers in 2022.

The FDA has gone from suggesting disposable duodenoscopes to actively encouraging healthcare providers to make the switch to disposable. The recommendation is that healthcare workers should use devices which are completely disposable or ones that have disposable parts. The FDA wants any facility still using fixed endcap style devices to switch to newer ones that come with disposable features. According to the agency, some manufacturers are willing to supply upgrades for free.

Prior to this, the FDA said that hospitals should think about using disposable duodenoscopes, but now they are strengthening their line following the post-market surveillance studies, claiming there is a low infection risk from inadequate reprocessing.

Between 4.1% and 6.6% of Pentax and Olympus samples were tested as positive for organisms which are usually associated with post-contamination disease. Both of these companies are pulling their devices from the market and Fujifilm withdrew their device before the study was even completed.

Earlier data is also held by the FDA regarding a specific Fujifilm device that has an endcap. 417 samples in total were tested, which was more than 50% of the targeted total. Fujifilm had 2 positive results for organisms of high concern, meaning a rate of 0.5%. A reprocessing failure was not indicated because no sample tested positive for enough low concern organisms.

Olympus, Fujifilm and Pentax are all going to offer duodenoscopes that have disposable components and hospitals will be able to get completely disposable devices from Boston Scientific and Ambu. Other markets are expressing similar concerns about reprocessing duodenoscopes.

Karl Storz started to recall all urological endoscopes that were reprocessed on April 1, 2022, the reason being that the manual disinfection process despite being high-level was unable to achieve the necessary efficacy.

After this was revealed, the manufacturer suggested that customers should stop disinfecting the devices like this and should sterilize them instead. However, not all facilities have sterilization equipment, and Karl Storz suggests in that case to stop using the non-disposable devices altogether.

Their recall happened a year after the FDA released the results of an investigation into 450 different contamination reports and infected in patients which was linked to reprocessed duodenoscopes. This investigation studied devices offered by Olympus and Karl Storz.

In response to increased concerns about using reprocessed devices, manufacturers have started to work on disposable alternatives. Two disposable endoscopes were cleared by the FDA in May 2021 and Boston Scientific’s one-use bronchoscope was given a 510(k) clearance later in the same year. 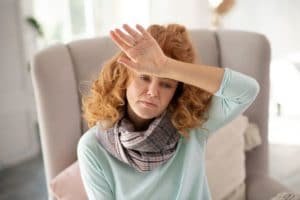 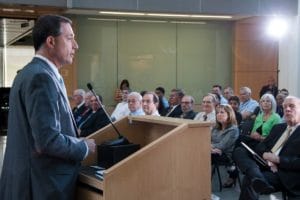